Is It Safe To Drink Egg Whites? 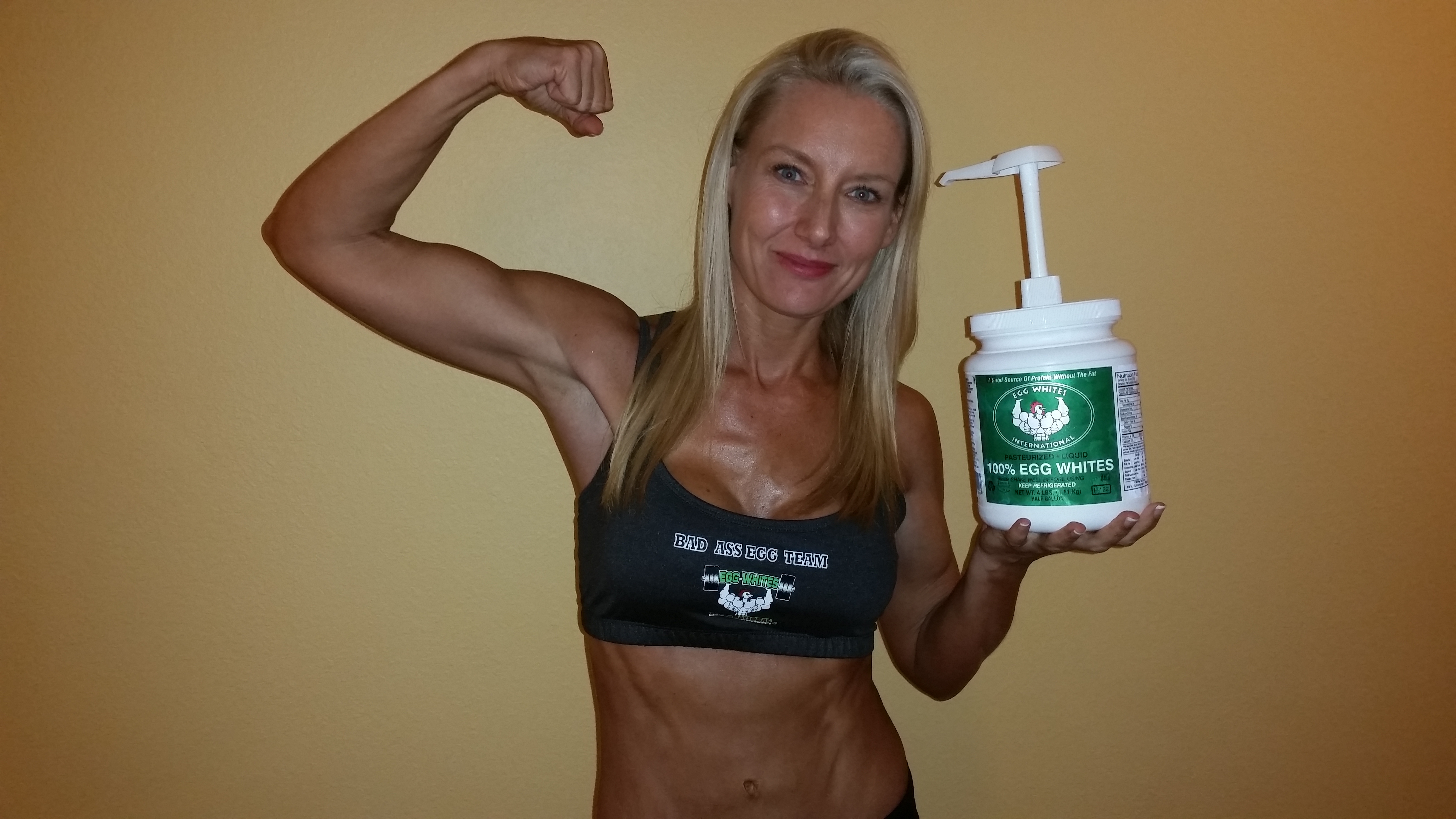 This morning was a real struggle for me to get out of bed and into the gym; but I’m glad I went because now my sugar detox diet just got easier.  Allow me to explain.

My fellow bodybuilder friend asked me how my detox diet was going.  “It tastes like punishment,” I confessed.  “What’s the toughest part?” she asked.  “Egg whites.  Tons and tons and tons of egg whites.”

“The consistency of scrambled egg whites can be pretty gross after awhile.  Have you tried drinking them?”

“That’s with raw eggs, but liquid eggs are pasteurized to get rid of all the bacteria, so if you can get past the ickiness of it you’ll get through the meal much faster.  Like, when I’m at work I don’t have time to cook up egg whites for my 10 a.m. meal, so I just drink it.  Get the carton with the picture of the smoothie on it.”

“I’m so happy you’re a weird bodybuilder too!  You can’t really have these conversations with normal people.”

Is it safe to drink egg whites?  That would make the whole process much easier.  I went home and did a little online research.  Google will know.  Google knows everything.  According to forums.steroids.com:

“You cannot completely or safely digest a raw egg white. You could end up with Salmonella, also there is an enzyme found in raw egg whites that blocks the uptake of Vitamin B6, which is not optimal. You must cook the egg whites to eliminate the threat of Salmonella and to neutralize the Avidin (enzyme) in order to allow your body to safely digest the protein.”  Here is the link:  Egg Whites?

So Liquid Egg Whites (like what you buy in a carton) are liquid but are not raw.  They are pasteurized at a temperature of 134 degrees which kills the salmonella without damaging the protein.

I checked my egg white carton.  Is it pasteurized?  Check.  Ok.  Here goes nothing.  I am Rocky.

Wait!  Have to get a chaser.  You really can’t drink egg whites without a chaser, right?

The above post was originally written a few years ago.  So here’s the funny thing – I drink egg whites all the time now.  I’m even a member of the Egg Team and have T-shirts that say Badass Chick.  For real.  If you would like to buy liquid egg whites and get a discount, call 1-877-EGG-WHITES and mention my name, Lisa Traugott.

I get a small commission, which I then use to buy more egg whites.

Want to Train With Me? Now Accepting New Clients!

Local to Austin/Round Rock/Pflugerville and want to train with me in person?  Email me at sheslosingit.net@gmail.com.